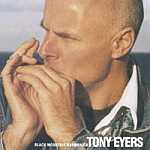 Harmonica Academy was created by Tony Eyers from Sydney, Australia.

Tony started harmonica in the 1970's, inspired by Jim Fitting while studying at Yale. After graduating he returned to Australia and became a well known blues player, fronting Adelaide's leading blues band for many years. He also played bluegrass, which he first heard in the US. He developed a new harmonica style, based on the fiddle tunes in bluegrass and Irish music. His CD "Black Mountain Harmonica", which showcases this style, has been well received by harmonica players worldwide.

In addition to his music background, Tony has a PhD in IT, a Bachelor of Science and a Diploma in Education. He has more than 20 years experience designing educational programs.